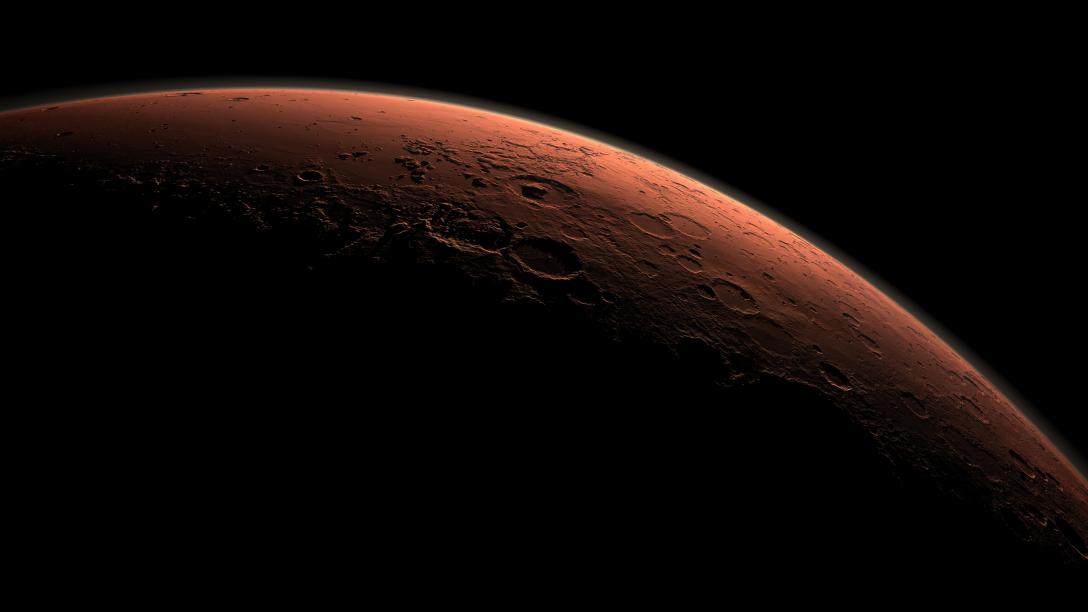 “We will return American astronauts to the moon, not only to leave behind footprints and flags, but to build the foundations we need to send Americans to Mars and beyond,” declared Vice President Mike Pence as he convened the 1st meeting of the newly-revived National Space Council—disbanded since the administration of George H.W. Bush in 1993. “We won the race to the moon a half a century ago, and now we will win the 21st century in space.”

It was a rare cause for jubilance in these turbulent times, or so one would think. After all, the group’s mission, as stated by the engineer and Acting NASA Administrator Robert M. Lightfoot Jr., is to “ensure that all aspects of the nation’s space power—national security, commerce, international relations, exploration, and science, are coordinated and aligned to best serve the American people.”

It didn’t take long for the Trump administration’s critics to pounce on the announcement, however. Harshest of all was David Von Drehle of The Washington Post, who, in the childishly-titled article “The Mission to Mars Is One Stupid Leap for Mankind,” called a manned mission to Mars the panem et circenses of the modern age.

The theme of his piece (and others like it)—that of opposing all things Trump, whether good or bad—is hotly contemporary, but its message is as old as a space exploration itself: Why invest precious resources into space when we have so many problems here on Earth?

It’s a question that has been asked (and answered) more times than can be counted, but one that nevertheless continues to warrant rebuttal, as it seems to be a pervading view of our time. According to various polls, Americans generally approve of sending astronauts to Mars, but not so much on footing the bill. In other words, we like to dream, but aren’t very willing to put in the effort. This fairly lazy attitude is not how I like to picture the American spirit.

Von Drehle indeed offers many fair criticisms about the costs and challenges of manned space travel. Robots, it’s true, offer a far cheaper alternative to sending astronauts into space; they need neither sustenance nor breathable air, they do exactly what they’re told, and they do not require a return ticket. Conditions on the surface of Mars, likewise, are not presently ideal for a prolonged human presence; thin atmosphere, sub-arctic temperatures, and cosmic radiation pose significant problems for habitation (though they’re not quite so unsolvable as Von Drehle implies).

It’s also true that space exploration offers little in terms of practical benefits to our everyday lives. Contrary to popular belief, products like Teflon, Velcro, and pacemakers actually didn’t originate from the space program. And if it’s items like freeze-dried food, LEDs, cordless vacuums, and temper foam that people want (all genuine offshoots of the space program), why not invest directly into their research on Earth and save the billions of dollars required to send astronauts off-world? Thus far, spacefaring has made for pretty bad capitalism.

The most important reason for sending humans to Mars of all, however, may have no utilitarian purpose whatsoever.

A spiritual malaise has set upon the American public. Americans, by and large, no longer view the future optimistically. A 2014 poll by NBC News/The Wall Street Journal found that a full 76% of Americans were not confident that life would be better for their children’s generation, results that have been reflected in similar polls from CBS News/The New York Times and CNN/ORC.

Contrast these numbers with the results of a 2000 Gallup poll, which found that 78% of Americans were optimistic about the future of our nation, and you’re left with a striking realization: Years of prolonged economic stagnation, political unrest, and widening social rifts have left the American spirit beaten and exhausted.

Indeed, our Congress has been exceptionally useless as of late (even for Congress), our recent Presidents have by-and-large inspired little confidence from their electorate, and, worst of all, no end appears to be in sight. It takes neither a complex survey nor an eloquent philosopher to assess the state of our republic: America is tired of bad news. We need inspiration.

The cure for this malady, I firmly believe, is in space exploration.

Our quest for discovery is one of the few common goals that can reach across the ever-widening partisan, ethnic, religious, and other identitarian divides. If we are ever to overcome the tumult of our current epoch, the human race—hopefully with the United States as its leader—must invest in revitalizing its very soul.

Mercury, Gemini, Apollo—these programs created a generation of international heroes, many of whom went on to serve in highest levels of our government. To this day, one would be hard-pressed to find any citizen of Earth who doesn’t know the names of John Glenn, Buzz Aldrin, and Neil Armstrong (though I’m often disappointed at how few Westerners know the comparably heroic names of Yuri Gagarin and Valentina Tereshkova). Even the crowning days of the Space Shuttle, before its missions began to seem routine and superfluous, gave us the celebrated astronauts Guion Bluford, Christa McAuliffe, and Sally Ride.

The Mars Science Laboratory made a similarly hopeful splash when its rover Curiosity successfully landed in Gale Crater on August 6, 2012. Social media lit up across the world; NASA’s website was even made briefly unavailable by the sheer traffic of viewers eager to see live video from the surface. Just imagine the kind of waves they would have made had it been an astronaut planting his (or her) feet upon the red Martian soil.

Therein lies the shortcoming of using only robots for our spacefaring adventures. For all their economy, reliability, and utter disposability, they lack the humor, intuition, and passion that define us as human—the very qualities required to inspire future (and current) generations to a higher cause. Do you think Opportunity could’ve conceived of a phrase so spontaneous and beautiful as “That’s one small step for [a] man, one giant leap for mankind” as it planted its feet on the Martian surface? Do you think Curiosity will someday return to Earth a celebrated hero and make a run for Congress?

“Other promoters of moon bases and Mars colonies are doomsday theorists, grimly laboring under the belief that humans are going to destroy the Earth and need to have a lifeboat ready. […] If we have money and energy and brainpower enough to build settlements on distant wastelands, we are better off deploying those resources to preserve the bountiful planet we already have.” Here, finally, Von Drehle and I are in violent agreement. The Earth is not dying yet. And, despite the histrionics of a few apocalyptic reactionaries, it seems unlikely that the status quo will dramatically change in the near future.

If we can, and probably will someday, terraform Mars, what better way to start than by fixing some of the destruction and decay we have caused here on Earth? The science of both undertakings goes hand in hand; if we can fix Earth, we can also terraform Mars, and vice versa. Both will be the greatest enterprises mankind has ever faced, and they need not be treated as mutually exclusive. And if we are to survive as a species in the distant future—not for another century or millennia, but the real future—then our sights cannot remain limited to planet Earth. Our future is in the stars.

Grave problems may await our species down the road, but their consequences can be assuaged, if not completely avoided, if we invest in this future now while we still have the means to do so. We have the resources now. We have the technology now. So perhaps the more important question for Von Drehle and others is this: What the hell are we waiting for?

Today it is North Korea and Syria. Before that it was Iraq and Yugoslavia. Earlier still it was Iran and the Soviet Union, and so on back through human history. Every news cycle brings with it a new set of problems that critics say must be conquered before we turn our heads to the sky. But if this view is to prevail, we might as well get used to living with our present anxiety, because mankind is never going anywhere. War, famine, poverty, disease—all will exist regardless of the comparably pitiful sums required to send humans out into the solar system.

“Most of all, as the President believes,” the Vice President concluded, “we will renew the American spirit itself and rekindle our belief that America can accomplish anything.” Here, and this is something I will not be found saying often, President Trump has my complete and utter support.

It’s time to prove that America—and the world—can do the impossible once again. It’s time for Mars.

(All images courtesy of NASA/JPL)