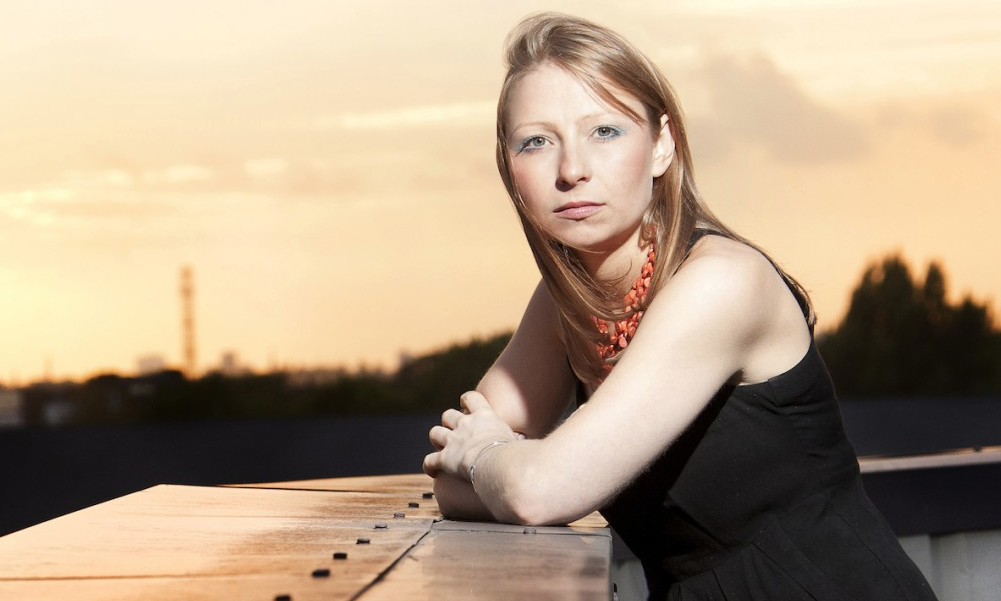 The composer Charlotte Bray is one of the fastest-rising classical music stars in the United Kingdom. The Buckinghamshire-native first broke onto the scene with the premiere of her symphonic poem At the Speed of Stillness at the 2012 Proms. Since then, she has produced a steady stream of critically-lauded works, including Black Rainbow for orchestra, the cello concerto Falling in the Fire, and her 2015 chamber opera Entanglement, based on the tragic murder of David Blakely by Ruth Ellis.

More recently, Bray’s symphonic poem Stone Dancer was given its world premiere at the Aldeburgh Festival in June by Oliver Knussen and the BBC Symphony Orchestra, she represented the U.K. at this year’s International Society for Contemporary Music’s World Music Days festival, and her trio Chant for clarinet, violin, and piano had its world premiere last month by the Ducasse Clarinet Trio in London.

I reached out to Bray to discuss admired contemporaries, the economy of new commissions, and some favorites among her work.

I am always captivated by the music of Unsuk Chin, the complexity of her work yet characterised with an enviable clarity. The incredible sound world that Anders Hillborg creates intrigues me intensely. Equally inspiring and regulars on my listening list: Oliver Knussen, Wolfgang Rihm, Jörg Widmann, Anna Thorvaldsdottir, Sean Shepherd, Augusta Read Thomas, Magnus Lindburg, Julian Anderson, Akira Nishimura and Johannes Maria Staud, to name but a few.

You’ve now written four works for symphony orchestra, plus a handful for large ensemble or chorus, but the for the most part your output has been written for soloist or small ensemble. Is chamber music your preferred medium or has this been done more for economy?

The truth is, I have written more works for orchestra and ensemble but later withdrew them. I came to composition relatively late, aged 21, so the journey I took was, as a consequence, quite rapid. Some of the works I wrote in that early phase are, as I am sure is the case with many writers, representative of the search for my ‘voice’ as a composer. That creative exploration, I trust, will never leave me but some pieces from those first years made the cut and some didn’t. It’s as simple as that.

I learned a lot from writing certain pieces and having them performed but, ultimately, if the work does not achieve what I set out to say, I remove it from my published work. I see this ‘culling’ as an essential part of the journey, as my right and as a means of ensuring that my music represents me truthfully. This includes pieces that I wrote for the London Symphony Orchestra, the London Philharmonic Orchestra and the Britten-Pears Orchestra.

I enjoy the opportunity of writing for a variety of musicians and ensembles. Working with an orchestra is a very special experience, hearing your work on such a large scale. Also, I have experienced an enormous amount of satisfaction from working with chamber ensembles. One is able to achieve something quite unique when working in depth with a small chamber group, especially when there are repeat performances planned. My love and appreciation of working with musicians in a chamber setting has grown strongly over recent years, having had many positive experiences and performances that have amazed and inspired me.

Coming up in my composition schedule I have several large ensemble or chamber orchestra sized pieces. I’m happy to have this balance and variety.

Most of your pieces have hitherto been fairly short in duration. Your recent opera Entanglement, however, clocks in around 40 minutes—the longest of your works to date. Do you have any plans for other compositions on this scale in the near future? The thought of a Charlotte Bray symphony or another concerto on par with Falling in the Fire thrills me.

Olly Knussen is perhaps the best example of a composer who writes fascinating and brilliant music within a concise, sometimes miniature, frame. From his example, I strive to write engaging music in whatever time frame the work demands. I think there is a lot of music out there that does not give this aspect the attention it requires. After all, I’d rather be left wanting more at a concert than wishing the piece had ended a few minutes before it did!

That said, I would love to write some longer works. My cello concerto Falling in the Fire was incredibly absorbing to write—it took me prisoner in a way that can only be achieved in a larger frame. Sadly, I think it’s a reflection of the economy; if an ensemble only has the funds to pay for shorter pieces, while it is still great that they are commissioning new works, composers have less freedom to dream of grander things.

You’ve spoken very fondly of your collaborations with the cellist Guy Johnston and you yourself first studied as cellist at the Royal Birmingham Conservatoire before shifting your focus to composition. Given your relationship with the instrument and one of its star performers, may we expect to hear many more cello pieces in the future?

My collaboration with Guy was very enriching. I first wrote a piece for cello and piano for Guy and Tom Poster, commissioned by Hatfield House Chamber Music Festival which Guy founded and directs. This chamber piece, entitled Perseus, gave us the opportunity to get to know each other personally and musically. By the time we were deep into the concerto, Guy was recognising patterns in my work that were wholly unknown to me! I too was able to ‘hear’ his sound in my ears and found this inspiring when alone in my studio. I hope we will collaborate many more times; he is a fantastic person and musician.

I have also written a solo cello piece for London Sinfonietta’s Tim Gill, On the Other Shore. In the pipeline is a work for solo cello and 12 strings, although it is very much in a planning stage so I can’t say much more yet. Watch this space!

Aaron Copland once compared asking a composer his favorite compositions to asking a mother which is her favorite child, but I’m nevertheless curious: Have any of your works taken on significant importance to you as your oeuvre has grown? Do you have any favorites?

I know what Copland means! I would say that the more significant works are those that have taken me in a new direction. Falling in the Fire certainly did that when I jumped into such a dark, conflict-driven, political sphere. Also, that was my first full scale concerto, which made it, in equal measure, exhilarating and terrifying.

The last piece I premiered was Chant for clarinet, violin and piano at St James’ Church Piccadilly, London. The Ducasse Trio commissioned and premiered the work with the support of the Nicholas Boas and RVW Trusts. After writing a chain of chamber works, I was striving to take this one in a different direction and feel I found a unique sonic world for this piece to sit within. Each of the three musicians has a wonderfully rich individual voice which combine to form an outstanding ensemble that is constantly innovating and experimenting with the musical alloy of their performances.

As my first BBC Proms, At the Speed of Stillness, holds a special place in my heart, because of the deep personal, social and musical experience associated with the piece.

As a far-flung fan of your music, I’m just itching for the chance to hear some of it in person. Is there any chance of your music coming to the States anytime soon?

Thank you! I do hope so! I have had a handful of commissions (Winsor Music and Savannah Music Festival) and performances (Tanglewood with At the Speed of Stillness and Caught in Treetops in Fast Forward Austin). These experiences were fantastic opportunities with excellent performances so I would, of course, welcome more. On two occasions, I spent some time at the MacDowell Artists Colony in New Hampshire and enjoyed this focused, creative time immensely.

I see you have a new work set to be premiered by the London Sinfonietta in May 2018. What else is next for Charlotte Bray? Are there any upcoming commissions or performances you’d like to mention?

Also in May 2018, a new duo for viola and cello entitled Mid-Oceaned will receive it’s world premiere in the Purcell Room, Southbank Centre. The piece is a tribute to Leo Hepner, a new music enthusiast, who left in his will the desire to commission a new work from me. Mid-Oceaned will be performed by Ralf Ehlers and Lucas Fels of the Arditti String Quartet. Following this, commissioned by Aix-en-Provence Festival, I am writing a new work for solo viola for Tabea Zimmerman, who will premiere the work in July 2018.

I am recording my second CD in 2018, a disc of chamber and solo works spanning the past 7 years. The PRS for Music Foundation have awarded me a ‘Composer Fund’ grant which will help immensely towards funding the recording. My trio Chant, that I mentioned earlier, is on the disc, recorded by the Ducasse Trio. I am also thrilled to be working with pianist Huw Watkins, the Mariani Piano Quartet, and the Amaryllis String Quartet.

1 thought on “Interview with Charlotte Bray”