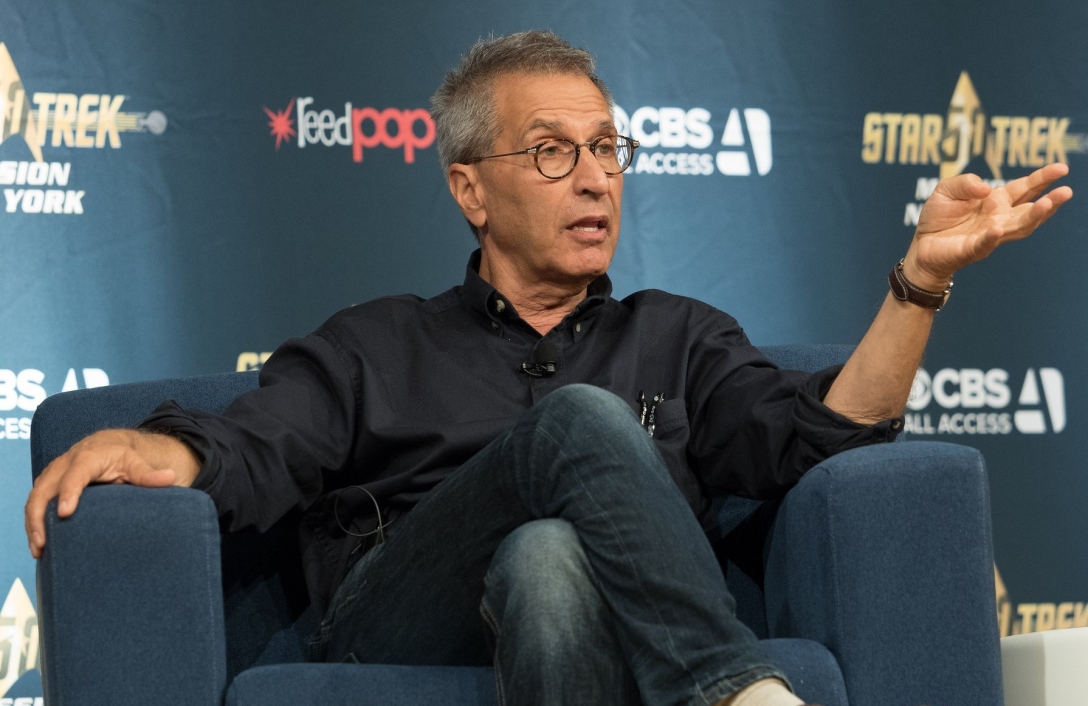 Nicholas Meyer is something of an artistic polymath. In a career spanning five decades, the New York Times-bestselling author and Academy Award-nominated filmmaker, who just prefers “storyteller,” has certainly left an impressive mark across the genres of literature, film, and television.

As a novelist, Meyer has authored, among many other works, an acclaimed trilogy of Sherlock Holmes pastiches, beginning with The Seven-Per-Cent Solution in 1974, followed by The West End Horror in 1976 and The Canary Trainer in 1993. As a filmmaker, Meyer has helmed such pictures as the science fiction romance Time After Time, the Tom Hanks/John Candy comedy Volunteers, the historical drama The Deceivers, the spy film Company Business, and the apocalyptic television event The Day After, which, having been watched by over 100 million people upon first broadcast, remains the highest-rated made-for-television movie in history.

In 1982, Meyer propelled himself into the annals of pop culture when he co-wrote and directed the celebrated science fiction film Star Trek II: The Wrath of Khan. Meyer received a Saturn Award for Best Director for his effort and, more importantly, began a decades-long relationship with the Star Trek franchise. He returned to co-write Star Trek IV: The Voyage Home in 1986 and later to co-write and direct Star Trek VI: The Undiscovered Country—the last film to feature the entire original Star Trek cast—in 1991. Last year, after a twenty-five-year hiatus from the franchise, Meyer returned as a writer and consulting producer on the newly launched series Star Trek: Discovery.

Recently, he co-created the Italian-British television series Medici: Masters of Florence with Frank Spotnitz, which premiered on Italian television in October 2016. The show has since been picked up by Netflix and is now well into production on a second season.

I caught up with Meyer to discuss some great works of art, unrealized projects, and an upcoming book that’s sure to excite fans of the venerable storyteller.

I first discovered many great works from the past and present based on your initial reference or recommendation—films like The Sundowners and The Devil’s Backbone, the music of Virgil Thomson, and the Horatio Hornblower novels, to name only a few—for which I will forever consider myself in your debt. What works of art do you think every person should experience at least once in their lifetime?

You’ve often spoken about your fondness for classical music—particularly your love for the works of Wolfgang Amadeus Mozart. What are some of your most-cherished pieces from the classical repertoire?

You shocked the nation—and President Ronald Reagan himself, as we later learned—with the 1983 television film The Day After about the devastation caused by nuclear war between the United States and the Soviet Union. Given escalating tensions now between the U.S. and Russia, and the nuclear aspirations of fringe nations like North Korea, do you fear the film’s once-seemingly passé message is again becoming pressingly relevant?

There’s no question in my mind that The Day After remains relevant, perhaps more relevant now, than when it first aired. With a psycho-moron driving the bus, we’re currently and constantly in danger of going off the cliff.

Apart from Star Trek and The Day After, you’ve worked on numerous other pictures as either a writer, director, or both: Time After Time, Volunteers, The Deceivers, Company Business, Sommersby, Vendetta, The Human Stain, Elegy, Houdini, etc. Are there any projects you’ve worked on that you wish had received more recognition as you look back on your work?

The truth is that many—if not most—of my best screenplays have never been filmed. Whether we’re talking about The White Company (from Doyle’s swashbuckler) or The Crook Factory (from Dan Simmons’s novel) or my Freud series (written with Frank Spotnitz), they lie on shelves, or hard-drives.

While perhaps known more-widely today for your work in television and film, it was through the novel that you first made your claim to fame—a medium to which you’ve occasionally returned throughout the years. Nevertheless, you haven’t released a new novel since The Canary Trainer in 1993. Do you have any plans to return to written fiction in the future or have you shelved the medium for now?

I have just finished a novel and sent it off to the publishers. It is (currently) titled, The Adventure of the Peculiar Protocols.

I see your new television series Medici: Masters of Florence is about to enter its second season. What initially attracted you and the series co-creator Frank Spotnitz to the story of Italy’s famed banking dynasty?

I love reading history—whether ancient or modern, European, Asian or American, or what have you. The Renaissance has long fascinated me for several reasons, not least because the transition from medieval to a vaguely modern era encompasses the rise of a middle rather than peasant class, and this, it seems to me, was largely enabled by banking. I find an interesting comparison, for example, between New York and Florence as potential sister cities in that both were and are fundamentally mercantile in origin. New York alone among American colonies had neither religious or penal origins; whether Dutch or English, it was always about trade and it dodged two political bullets when Albany became the state capitol and the Federal capitol left New York City for Annapolis. Like New York, Florence was dedicated to commerce and finance and with that came not only the middle class (now sadly extinct here), but middle class embellishments, art, music, literature, science, etc.—in short, the blessings of civilization. The Medici and their banks and their patronage played a crucial role in all of this and as such excited my interest and curiosity. There. A long-winded answer.

Between Medici and Star Trek: Discovery, you seem to be keeping very busy lately. What’s next for you? I’m always excited to see what new surprise Nicholas Meyer has up his sleeve.

I have unearthed a new manuscript, apparently written by Dr. John H. Watson and have been occupied editing it. That is all I can say at present.

1 thought on “Interview with Nicholas Meyer”