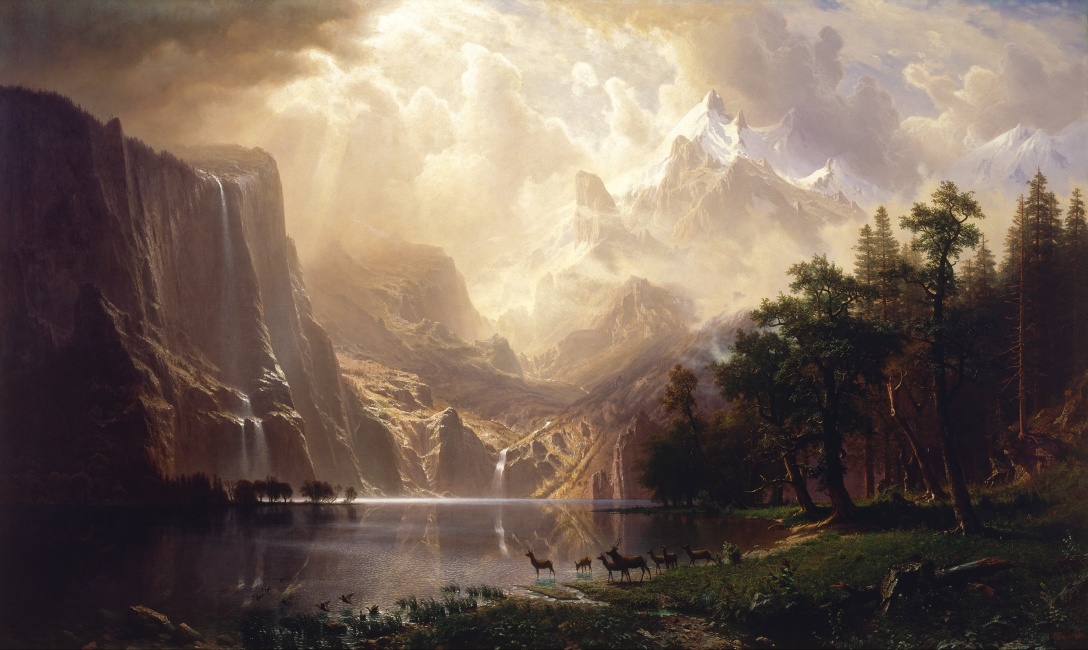 Earlier this year, we released a list of five underrated American symphonies that deserve more performances in our concert halls. Of course, America’s symphonic legacy is astoundingly big—far more than the number five, elegant and rounded as it may be, can adequately service.

Thus considered, here are five more underrated symphonies from America’s long and storied musical history—each displaying as much color, mastery, and unique character as the previous entries—due for reappraisal from classical music audiences.

Roy Harris’s Symphony No. 1 (alternatively titled “Symphony 1933”) might be one of the most unjustly neglected works of the entire American repertoire. Written on a commission from the conductor Serge Koussevitzky when Harris was just 35, it displays all of the wit and impetuosity of a young composer trying to make his mark in the classical music world. By the time of his more popular Symphony No. 3, conversely, Harris’s style had calmed considerably.

Symphony No. 1 is cast in three movements: a rambunctious Allegro, a lush and expansive Andante, and an audacious Maestoso finale. Rich in texture and surprising in form, Harris’s musical effects waft between exhilaration and bewilderment, but are never anything less than exciting.

It was first performed by Koussevitzky and the Boston Symphony Orchestra in 1934 to considerable acclaim. The work also left an impact on another great American composer William Schuman, who described it as “the most astonishing piece of music that I’d ever heard at that time. It was absolutely original.” Nevertheless, the symphony, like much of Harris’s output, exists now as little more than footnote in America’s musical history—seldom performed and with precious few commercial recordings. It deserves far more chances to be heard.

Howard Hanson is a name all but forgotten by modern classical music audiences. Nevertheless, the influence of Hanson’s steadfast American philosophy and stubbornly neo-Romantic style can still be felt from conservatory classrooms to the music of Hollywood films. Of his many fine works, one that stands out is the tonally rich and uncharacteristically dark Symphony No. 6.

It was composed in 1967 on a commission from Leonard Bernstein and the New York Philharmonic. The symphony is cast in six connected movements, beginning on a somber Andante before propelling into a forceful Allegro scherzando, a tragic and weighty Adagio, a brief Allegro assai, another foreboding Adagio, and a final violent Allegro that thunders to the work’s closing minor chord.

The 1968 world premiere was conducted by Hanson himself, though its style was quickly regarded as antiquated by the musical community of the time, leaving it more-or-less in the dust bin of music history. While not as widely known as the composer’s Symphony No. 2 Romantic or his Pulitzer Prize-winning Symphony No. 4 Requiem, Symphony No. 6 is still a monument in its own right—formally inventive and fiercely dissonant for a composer so associated with American optimism. It’s well-worthy of modern reconsideration.

Before the United States established itself as the dominant musical force of the 20th century, a great many unsung composers toiled to develop its national reputation. One such person was the music critic and composer William Henry Fry, who also holds the rare distinction of being the first U.S.-born composer to write for large orchestral forces. A highlight of this largely overlooked era is Fry’s ferocious Niagara Symphony.

The symphony was inspired, as you may have deduced, by the mighty Niagara Falls that drain the waters of Lake Erie into Lake Ontario. It opens on the ominous roll of some eleven timpani as a gradual orchestral crescendo builds out of the lower voices. What unfolds in its single movement is an alternately stately and frightening musical tapestry that encompasses all the majesty and grandeur of its subject.

The symphony was written for P.T. Barnum’s “Monster Concert” in 1854, but, like so much music of the time, went unregarded for decades after—its premiere recording not appearing until the year 2000. Many more of Fry’s works are now sadly presumed lost. It’s a gift of history that the Niagara Symphony has survived—a gift we should not take for granted in future orchestral programs.

The name Bernard Herrmann is perhaps more associated today with Hollywood than the concert hall. The famed composer of Psycho and Vertigo was also an accomplished writer of concert music, however, and his impressive catalog includes numerous works for chamber and large ensembles, an opera, a dramatic cantata, and, of course, his stunning Symphony No. 1.

The symphony was composed in 1941, when Herrmann was just thirty years old, on a commission from the New York Philharmonic and CBS Radio. Spanning four movements, it begins with a majestic Maestoso followed by an agitated Scherzo, a mournful Andante sostenuto, and a jubilant finale in the form of a playful Rondo.

Herrmann conducted the world premiere himself on July 27th, 1941, which was met with praise from music critics. Despite this success, and a lauded 1973 revision by Herrmann, the symphony never took its rightful place alongside other American works. Contrary to what its numbering suggests, Herrmann would not write another symphony, nor, in fact, any other piece of non-programmatic music before his sudden death at the age of 64 in 1975. Of the many great works he left behind, his only symphony remains an imposing and underappreciated entry to America’s orchestral repertoire.

At the age of 94, Ned Rorem is the only composer on these lists still alive today. A celebrated diarist and composer, his enormous body of work encompasses several vocal compositions, operas, concerti, and four symphonies. Of those four fine works (three numbered symphonies plus the 1985 String Symphony), his Symphony No. 3 is undoubtedly the most ambitious.

Composed in 1958, the symphony inhabits some of the same frenetic East-coast sensibilities as, say, his contemporary Leonard Bernstein. It comprises five short movements: a contemplative Passacaglia, an erratic Allegro molto vivace, a thoughtful Largo, a sorrowful Andante, and a punchy Allegro molto finale that the composer described as a mini-concerto for orchestra.

The symphony was first performed by Bernstein and the New York Philharmonic on April 16th, 1959. Lauded at the time of its premiere, it remains Rorem’s most popular symphony to this day, which, given its infrequent performance history and a mere two commercial recordings, does little to distinguish it in the annals of American music. As sad as it is to have lost so many of these masters with the passage of time, it would be a greater tragedy not to celebrate the achievements of those few, like Rorem, who are fortunately still among us.

(Painting by Albert Bierstadt: “Among the Sierra Nevada, California,” 1868)